The name describing each arch type comes from the basic geometric shape. In this case the top line, head, or extrados of the arch, is flat. Whilst the bottom, intrados or soffit, may be either flat or cambered. When the camber is present, the curve traditionally rises to the centre 1/8" per foot span, which is approximately 1% of the span. However, the camber may vary dramatically. The camber is not a structural feature; it acts to remove the optical illusion of the arch sagging due to the splayed skewbacks at either end. 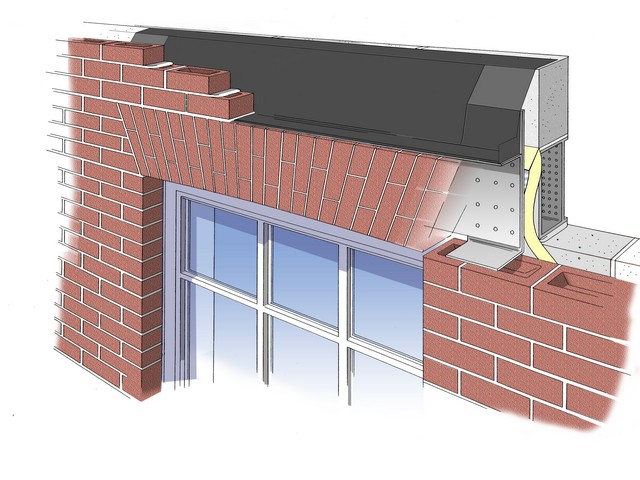 The graphic shows an example of a Bulmer fabricated structural arch. The animated video demonstrates the simple construction process.

To specify a flat arch you will need the following information. When measuring period property it is useful to measure the work, using the system in which it was built. Typically before 1970 in the UK work was built using Imperial dimensions E.g. 4 courses per foot or in metric, 4 courses per 305mm:

We will also need to know whether the arch will have any special features such as a keystone or carved soffit. If you are not sure call us on 01787 269132 for advice or email your enquiry to info@brickcutters.com